What Do the World’s Best Bartenders and Most Successful Entrepreneurs Have in Common? 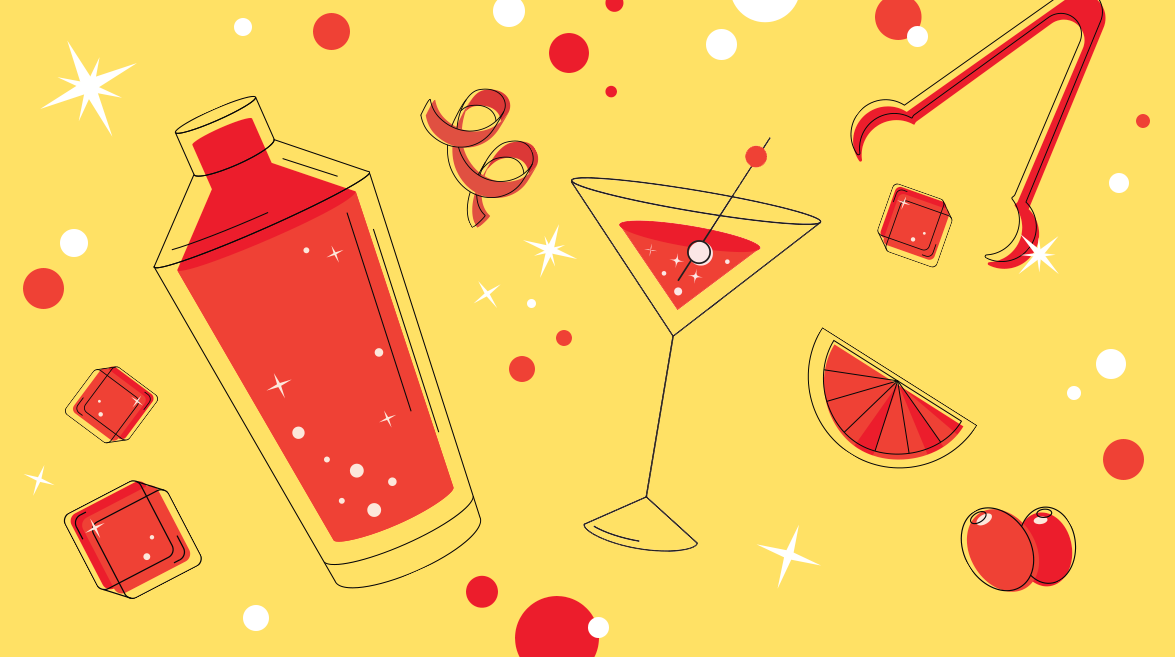 Years ago, there was a bar in Soho, New York, called Lani Kai, known for its artisanal drinks. I’m a big fan of craft cocktails, so I immediately got into a conversation with the bartender the first time I went there.

“Mixologist,” she corrected me.

Now, you might be like me and think, what’s the difference? They’re both about making and serving drinks, right?

Yes, and there’s a crucial difference between a bartender and a mixologist, or similarly, a cook and a chef.

They know how to improvise and personalize. And that’s not an amateur’s skill. It takes years of study, experience, practice, and knowledge.

I found all of that out by asking the mixologist how she got her start in the service industry. Why was she interested in the first place? How does it feel to make what many people consider among the best cocktails in New York City (and indeed, possibly the world, as NYC is a mecca for mixology)? What was her family history, the first drink she had, her dreams, and aspirations for the future?

We could definitely go down a rabbit hole with the answers I got — and I sincerely hope she took some of my suggestions to expand her income opportunities by teaching an online mixology class, partnering with a spirit company to create “how-to” videos, or developing her own line of simple syrups with the unique combinations of herbs, fruits, and spices she used at Lani Kai. (Her boss, the “matriarch of mixology,” Julie Reiner, certainly did.)

This is a thing I do instinctively: tell me a bit about you, your motivations, and your business goals, and I can give you 100 different ideas and solutions about how you can take your talent and passion and turn it into a six- or seven-figure business.

But that’s because I’m a creative mixologist. In this article, we’ll explore what that means, along with the skills necessary to create buzz-worthy entrepreneurial alchemy.

To make the leap from the bar to the business world, it’s helpful to look at a world-class creative mixologist, Elon Musk. Love him or hate him, he has shaken up several multi-billion dollar industries as a founder, inventor, CEO, and/or investor of game-changing organizations, including:

Can you spot the common thread? In every instance, Musk is in the business of mixing (and remixing) opportunities to evolve humanity. So, expanding the ability to survive and thrive, even in the face of time’s most perplexing and urgent challenges (i.e., climate change, healthspan-limited diseases), is his driving force.

This passion and energy are fundamental to a successful creative mixologist.

Also, you’ve got to have an in-depth understanding of your ingredients, core customers, and the actual problems you’re solving. For example, an engineer by trade, Musk reportedly slept on the floor and showered at the YMCA, coding around the clock to make his first company in 1995, Zip2 (one of the first-ever digital city directories), successful. Right out the gates, he spotted an industry that technology would soon take over — newspapers and magazines — and came up with a creative solution to help them navigate a way forward.

Before you mock me (or him) for putting attention on “hustle culture,” hear me out.

He is a relentless entrepreneur, and just like the mixologist I encountered years ago, they both keep experimenting and iterating until they nail the perfect mix of people and progress — or “product-market fit,” as all my SF VC friends and clients like to echo.

This pattern of finding solutions for unsustainable industries has been a career-long endeavor for Musk. Just like a skilled mixologist, Musk knows it’s not about the ingredients themselves — none are novel (even if they’re the stuff of science fiction) — but the approach and the combinations are.

For example, when Musk launched SpaceX with the goal to get people to Mars, he was stopped immediately in his tracks by the $65 million(+) price tag to buy a rocket. Using first principles thinking — in other words, breaking something down into its most fundamental parts that you know are true — Musk figured out that the materials rockets are made of were relatively inexpensive on the commodity market. So, instead of buying rockets, he purchased the necessary alloys and had SpaceX build the ships itself, cutting the price of launching a rocket 10X and maintaining profitability.

Today, Musk has a fully stocked “bar,” with many of his businesses sharing basic ingredients. So, for example, SolarCity (now Tesla’s Solar Roofs) became the source of clean energy to charge cars (and the rest of your appliances) at home.

And that’s just one example among others in Musk’s ever-growing cocktail of ways to reinvent and remix the human experience.

So, what does Elon Musk have that you don’t? Aside from a few billion dollars (which he claims aren’t liquid — funny for a mixologist and the world’s richest person), not much. In fact, all great entrepreneurs share a similar trait: they are masters of connected curiosity. Problems like climate change, though ginormous, aren’t unsolvable. You just have to pay attention to both visible and invisible connections.

If you’re a constant observer of markets and culture, a committed learner, and a curator of mental models that help you grok new information quickly and efficiently, you have what it takes to process inputs and find ways to break norms.

Sounds easy like mixing and creating a simple syrup, right?

Not so much. In my opinion, this is where a lot of business leaders, agencies, and consultants go wrong. They look at existing information, paradigms, and models and don’t bother to dig deeply into the flavor profile, as it were. What does the founder or CEO envision? What is the emotional resonance related to the particular challenge they’re trying to solve with their business solution? And what do the customers truly want?

Understanding deep-seated motivations is the point. It’s like mixing up a potent cocktail and lighting it on fire.

And then you do what all legendary innovators and mixologists alike do so artfully: you improvise.

One of the mental models that has served me best as an entrepreneurial “consigliere” for visionary founders and CEOs is inversion. The ability to work backward from the goal is the thing — just like Musk did. He wants to get to Mars to “preserve the light of consciousness,” and that’s a lofty goal. There is no recipe for that kind of ambition, just the knowledge that how he gets there has to be fluid and inventive.

The intersection of improvisation and inversion is where inspired mixology and manifesting magic happen. That’s what Musk’s incredible track record demonstrates.

So, if you find yourself in “either-or” scenarios, you’re going to get stuck. For example, if you’re a bartender and on a hot summer day your customer orders a gin and tonic…. and you knock over the last bottle of gin, you’re screwed.

If you’re a mixologist, on the other hand, you do what you do best: start by asking the customer questions about why they ordered a gin and tonic in the first place.

This is where a design thinking exercise like the Five Whys comes in handy to get to the root cause/desire. Upon closer examination, the motivations deep beneath the surface are revelatory when you listen and learn:

Now you understand the customer’s motivations — they’d like to drink an alcoholic beverage, and they want it to be relatively healthy and light. Now improvising a solution that works for the customer and utilizes the ingredients you have is simple. Vodka is also a clear, relatively low-calorie, grain-based spirit. You can choose complementary botanical and fruit flavors (like lime or grapefruit) and artisanal bubbly water that is even lighter, healthier, and crisper than tonic water.

The upshot? You’ve craftily mixed a bespoke concoction that satisfies their deeply rooted desire for a healthier, thirst-quenching beverage that may be an even better option than the old-school G&T the customer ordered in the first place.

Notice a few mental models were working there along with that dash of design thinking, notably inversion and first principles. And that’s really what all great entrepreneurs do: they’re so facile with the tools of curiosity and creativity that it’s second nature. This gives them an innate skill to mix, match, substitute, pivot, experiment, and improvise.

And they also time travel. Improvising is a mix of paying attention to what’s most important — what you have to work with in the moment — and also to where you’re going. By stepping out of the current state in time and projecting into the future, you can then walk backward into a solution that breaks persistent patterns (aka norms) and solves real problems.

My close friend and award-winning video game creative director calls this the Tesla technique. Nikola Tesla, a prodigal genius, engineer, and inventor known for his contributions to the design of the modern alternating current (AC) electricity supply, reportedly used to zone out and project himself into the future. That’s where ideas such as wireless communication (aka Wifi) came from. (For more on the fascinating world of Nikola Tesla, from whom Musk clearly drew his inspiration, check out Teslauniverse.com. Continuous learning is a big part of creative mixology.)

And that’s the fine art of business alchemy in a nutshell. It’s not about turning water into wine, even if your miraculous (and profitable) result seems that way. It’s about making sure wine is what people want and leveraging your water appropriately to quench the real desire. And it’s about having the courage to test your concoctions and ask where you might have gotten something wrong.

Mixology, like great design, is an iterative process. Before a cocktail makes it to a menu, it goes through countless variations. In our consumerism-driven world, many people would like to think recipes are set in stone. But for the next great innovator, it’s only a springboard for their visionary work. If you understand human behavior and where the world’s going, you’ll find your breakthrough ideas in your own menu of options, your unique response to satisfy consumer desires, tastes, and needs.

What ingredients (or sawdust) exist in your business today that can be remixed to add value to your teams and customers?

Next, think about what your business will look like 50 years from now. Got it? Now, walk back to the present state and think about your unique mix to get there. What did you add, combine, or remix to lead to your category-disrupting, breakout success?

Finally, think about how you can use a constraint or blocker in your business as a catalyst for success. Share it with me in the comments — I’d love to help you mix up some potent strategies that will create a buzz for your business now… and in the future.

Everything Busy Entrepreneurs Need to Know About the Blockchain