What’s the #1 thing every founder needs to know?

Sure… but, sorry, none of that is the correct answer. Because, of course, you know that founders typically are expected to be jacks of all trades. So yes, to all of the above, but that’s not the secret sauce.

The #1 thing every founder needs to know is… themself.

Here’s the truth: founders start companies, and entrepreneurs build them. While not every entrepreneur is a founder (think franchise owners), every founder is an entrepreneur (at least initially).

If you’re like me, you are a forward-obsessed founder. That means where you are now is always building toward where you want to go. That person is always an entrepreneur. Once the company is started, you’ll do what it takes — including relinquishing control — to keep it growing.

Does that sting? We founders think of our companies as our babies, but statistics say we’re likely to be the ones kicked out of the nest. Also, research shows that in the US, only 14 out of the top selling 500 companies still have the original founder running the company. And the Harvard Business Review reports that most founders relinquish control long before their companies go public — and that four out of five are forced to step down as CEO.

It doesn’t have to be that way if you have one critical attribute: self-awareness. That way, you can decide as your company grows how you want to evolve your role in the overall day-to-day running of the company (i.e., learn, delegate, hire, move on). And ultimately, you can make better choices at critical growth junctures in your business progression.

So, to help you become more self-aware, it’s helpful to understand the different types of founders. Let’s dive in.

The Types of Founders

A couple of notes before we get into specifics:

The bottom line: knowing your strongest/weakest points is a critical piece of the self-awareness pie. That way, you can conduct your business in what I call the Green Zone — aka the Genius Zone, where you have both high passion and high competence — and make the best choices for you and your company.

Ten years ago, in 2012, when she was just 38, Sara Blakely became the world’s youngest self-made female billionaire. Her business, built on a significant industry gap (the lack of comfortable, effective shapewear) and her incredible sales hustle, also benefited greatly from Blakely’s abundant self-awareness. Here’s her advice to solo founders at a 2020 business conference:

“I tell people as soon as you can afford to hire your weaknesses, do it… As soon as I could afford to hire someone to do more of the operations side of the business, I did. As an entrepreneur, one of the biggest gifts you can give yourself is to stay in your lane.”

In other words, know what your Green Zone is and play there.

If you’re like Blakely, it’s usually big ideas and sales ability (she could easily qualify as a Visionary Founder, too) or operations and execution (what Blakely realized she needed help with).

Pro tip: If you’re a solo founder, you’ll likely want to lean into an entrepreneurial framework like the Entrepreneurial Operating System (EOS) to help you define and settle into which side you skew toward.

2. The Visionary Founder (or Co-founders)

Considering that Steve Jobs’ name is pretty much synonymous with “visionary,” I don’t think I need to list more than the products and industries Jobs’ revolutionized at Apple and beyond — Apple Computers, iPod (iTunes), iPad, iPhone, Pixar, iCloud — with many products and points in between. George Lucas, from whom Jobs bought the Graphics Group at Lucasfilm and renamed it “Pixar,” perfectly summarizes his superpower:

“The magic of Steve was that while others simply accepted the status quo, he saw the true potential in everything he touched and never compromised on that vision.”

Steve Wozniak was the technological yin to Jobs’ sales and marketing yang, bringing the vision of a computer with a graphic interface to life. From the visionary files, “Woz” also invented the first programmable universal remote and was an early innovator of wireless GPS (thanks to his clever dogs who routinely evaded electronic fences).

Like him or loathe him, Elon Musk is perhaps the most prolific (and successful) serial founder of all time with startups including Tesla, SpaceX, The Boring Company, and Neuralink, among others. His drive to design opportunities to evolve humanity has redefined both hustle culture and the art of serial entrepreneurship.

For serial founders, having a set of principles is key to their success. In Musk’s case, his use of “first principles” — reducing a process to its essential parts — has served him well, from helping him figure out how to make rockets cheaper and reusable (SpaceX) to shifting the narrative of electric vehicles (Tesla).

Much like the other examples I’m sharing, Mark Zuckerberg’s story has been widely told, so you probably know about his development of Facebook. But at his core, Zuckerberg is an engineering prodigy and geek. At just 13 in 1997, he built “ZuckNet,” which enabled the family’s home computers to communicate via Ping (a precursor of AOL’s Instant Messenger) with his father’s dental office computers. He was using AI in his senior year in high school, so the roots of his Meta(verse) focus today are apparent.

A common weakness for engineers is they tend to have a lower EQ, which has been well-researched. As a former engineer, I understand how logic and technology come easier than understanding human behavior. This is why tech founders should seek out mentors early and bring in competent leaders with high EQ and leadership skills — for example, Zuckerberg credits his former COO of 14 years, Sheryl Sandberg, for turning the company into a multi-billion dollar company.

I’m using Oprah as an example, as her products are an outgrowth of her — her eponymous talk show, which ran for 25 years, the OWN network, O Magazine, her book club, and a variety of charitable endeavors comprise her vast empire. But of course, we know plenty of other personality brands that have racked up billions in sales and even transformed, from the Kardashians/Jenners, to Bethany Frankel and Ryan Reynolds (just watch Deadpool 3 to see his brands — coming in 2023).

In today’s age of influence, we’ve seen a surge of personality brands and founders who leverage built-in audiences and communities to scale quickly. All these names are business mavericks in their own right, but many didn’t start out this way — they deftly utilize their charisma and ability to entertain to shape their brands and pave the way to success.

Patagonia founder Yvon Chouinard has been in the news lately for giving away his company to fight climate change. He’s an OG accidental entrepreneur whose passion for rock climbing led him to develop reusable pitons (rock climbing spikes) and, later, heavy-duty shirts. Famously Chouinard called himself a “dirtbag climber” and didn’t want to become a business mogul. Sixty-five years later, this accidental founder’s company is valued at $3 billion, and his latest innovation is a way of giving away the profits of a company to continue his contribution to society — protecting and preserving the natural world.

As I always say, there are riches in the niches, and accidental entrepreneurs are the leading type of founders to discover a marketplace with little or no competition.

While Jessica Alba does have some touches of a Personality Founder (she is an actor) and an Accidental Founder (an allergic reaction to detergent made her worry about her new baby’s sensitive skin), she is an excellent example of an intentional founder. Back in 2008, when Alba had that allergic reaction, influencer marketing wasn’t what it is today — plus, she had some success but was by no means a household name. Ditto for eco-conscious consumer packaged goods — a plus, sure, but didn’t have the same urgency and importance it does today. Alba then spent years researching ingredients in everyday products and even went to DC to lobby for updates to the 1976 Toxic Substances Control Act. Convinced that consumers need safe, affordable, environmentally friendly products for kids and home, Alba launched The Honest Company in 2011.

Now, she did have seasoned co-founders, her own wealth to use out the gates, and VC support shortly after that, but it has always been Alba’s commitment to and alignment with the brand’s core principles that have kept the brand growing and thriving — today, as a publicly traded company with a 2021 $412.8 IPO.

What type of founder are you? Definitely feel free to share in the comments or with me on Twitter: @petesena, and if you’re a first time founder looking for insights like this to grow your business and career check out my newsletter: The Forward Obsessed Founder. 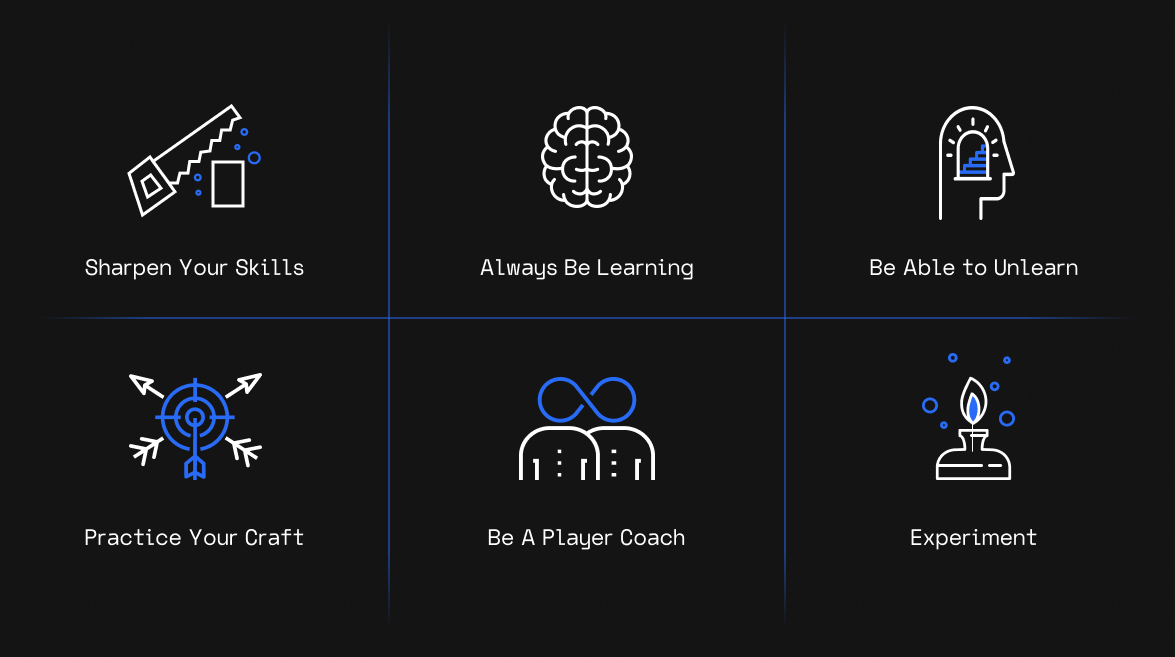 How to Growth Hack Your Way Through a Recession