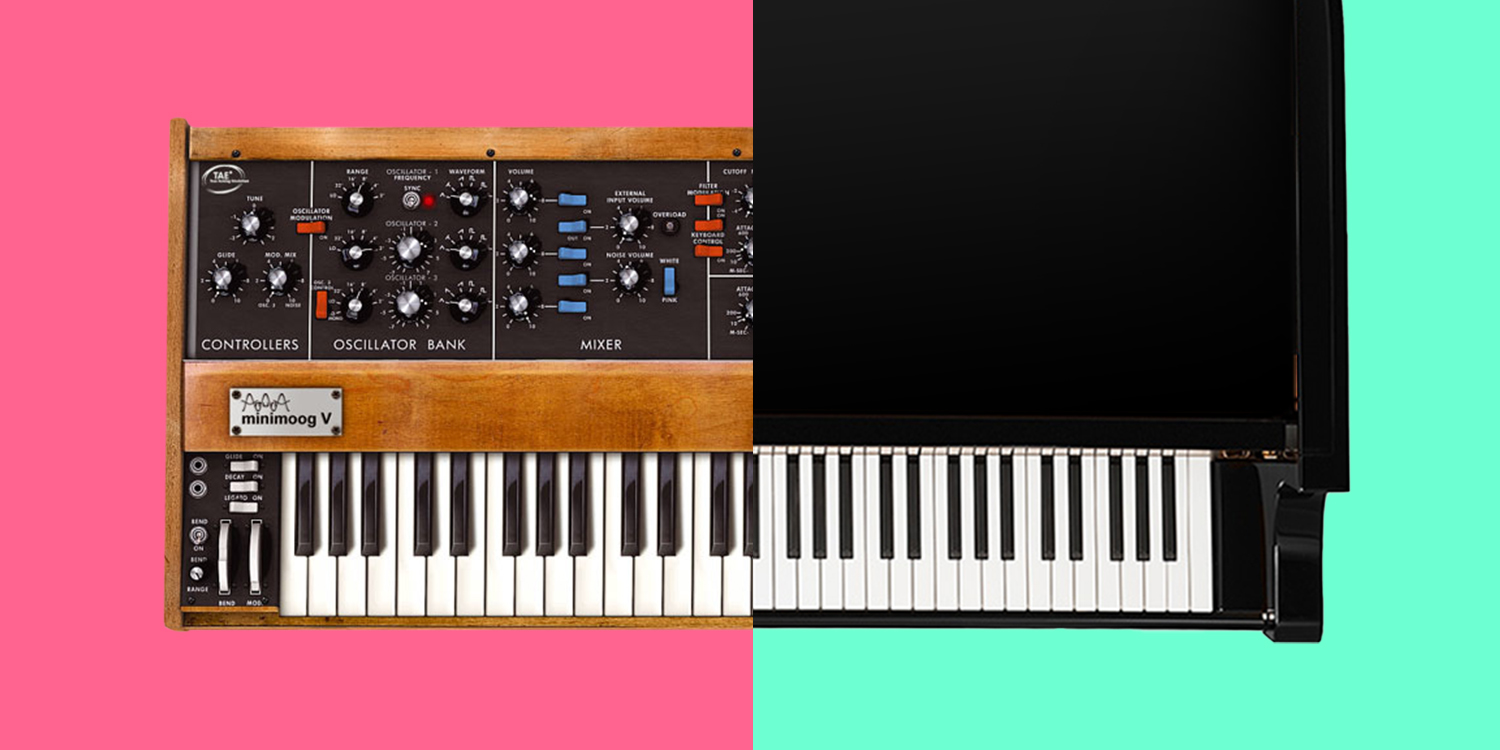 This article is about embracing technology, but just to keep you on your toes, I’m starting it with one of my favorite pieces of content: the first verse of a poem called “Ode” by the 19th-century poet Arthur O’Shaughnessy:

We are the music makers,
And we are the dreamers of dreams,
Wandering by lone sea-breakers,
And sitting by desolate streams; —
World-losers and world-forsakers,
On whom the pale moon gleams:
Yet we are the movers and shakers
Of the world for ever, it seems.

A zoologist and expert in herpetology (the study of amphibians and reptiles), O’Shaughnessy was also a poet and co-author of a children’s book with his wife. Nowadays, he would’ve had a top-rated podcast, a slew of bestsellers, and probably his own reality show called The Lizard King.

I believe O’Shaughnessy would be a popular figure because he insisted on pushing beyond the mundane into fantastical worlds. In “Ode,” he extols the virtue of leading with curiosity and imagination and shrugs off things like fear and loneliness to be an innovator.

This takes courage and fortitude. Cut to nearly a century and a half later, and the work of future-forward creators is at heart the same. You’ve got to be willing to shed your skin, just like a lizard, if you want to grow.

Do it before the robots rip it off of you.

OK, I’m kidding about that. However, it’s no secret that machine learning and AI are effectively replacing humans in many roles across multiple industries, from warehouse and manufacturing jobs to financial services, insurance underwriting, recruitment, customer service, research and data entry, content creation, and much more.

Again, there’s another 19th-century lesson to be learned — this time from the Luddites, a British labor movement that pitted skilled artisans like weavers and textile merchants who spent years honing their craft against mechanized equipment (i.e., looms, knitting frames) and the unskilled laborers who ran them.

With a dramatic insistence on clinging to the status quo, they fought hard… and went down equally as hard. As we know, the machines won. And today, Luddites are the literal definition of sad-sacks who get left behind in the dust of change.

I’ll be honest: as a young engineer, I used to snicker at people who resisted using new technology. Now, that sounds harsh, and I’m probably overstating my position. In my teens, I worked at Staples and Circuit City and made it my special purpose to help older people get comfortable with things like remote controls, computers, and other new gadgets like iPods. (Remember iPods?!)

Today, I have genuine empathy for tech resistance, as I can see how technology simultaneously brings us closer together even as it pushes us further apart in some ways.

Still, seismic shifts in our world are inevitable. So, rather than fight the things that bring about change, why not join use them?

Part of what inspired me to write this article was listening to a creative colleague and copywriter friend of mine rant about how AI just spits out crap — like the hilarious result of a bot trying to write a new chapter in a Harry Potter book a few years back.

As I said, that was a while back now. More recently, a New York Times interview with Laurie Anderson reveals the iconic artist and musician has developed an obsession with AI. So much so that she’s collaborated with an Australian university to create a text engine that writes in three styles: her own, that of her deceased husband, Lou Reed, and a combination of both. Feed the machine a photo or a few words, and it instantaneously produces an entire virtual text.

The result isn’t perfect — Anderson says a third is complete nonsense and another third is dull — but the last bit is “surprising, even authentic, some kind of new fresh magic.”

When asked how she feels about not just the text but also the fact that the computer reads it in Reed’s voice, she says, “Wonderful. Just great. He’s talking to me from somewhere else. I definitely do feel that. The line is pretty thin for me.”

This kind of openness to creative evolution is so critical. And it’s embodied by many artists who have risen above the purists who scoff at using technology to augment their work. Think Bob Dylan when he went electric at the Newport Folk Festival or Grandmaster Flash, who got the Rane Corporation to design the Empath mixer to help him beat technical challenges as a hip-hop pioneer and deejay.

Or Robert Moog, the inventor of the first synthesizer. Moog, a physicist, had been forced by his parents as a boy to play the harp. This led to his interest in theremins, electronic musical instruments that make eerie sci-fi music. Moog began building theremins from the age of 14, eventually teaming with composer Herb Deutsch to create a “portable electronic music studio,” aka the Moog Synthesizer, which debuted in 1964.

At first, only the most avant-garde musicians used Moog’s synthesizer (although early fans did include influencers like ​​the Doors, Grateful Dead, Beatles, and Rolling Stones). It took a full ten years before it finally broke through as a mainstream instrument, thanks to Kraftwerk’s game-changing album Autobahn.

All of these genius creatives realized that technology is just a tool, and they are the artist. Their ability to shape and compose music in new ways enabled them to unlock exciting possibilities for original work.

So, for any musician who rails on technology because it makes untalented people seem better than they are (think Avid’s Pro Tools or Antares’ Auto-tune plug-in), remember the lessons of the Luddites. Even without technology, plenty of lesser talents have succeeded thanks to other factors (i.e., good looks, powerful connections).

Ultimately, machines can’t replace creativity; they were never designed to. But with the right outlook, they can certainly augment and enhance it.

Tune Up Your Mindset

Think about how machine learning works: computers sift through and learn old patterns and project forward from there, often with the help of human “trainers.”

On the other hand, humans rarely slow down to reflect on old or existing patterns (unless you’re doing some growth marketing strategizing to hone a hot streak 🙂 ). Instead, we get busy creating new paths that may or may not become patterns — we call this creative work. And that’s what separates people from machines.

This is where having a growth mindset is crucial. You’ve got to lean into the idea of continuous learning so you can provide unique and palpable value all the time. After all, it’s easy for a computer to learn something that can easily be repeatable. If you’re doing the same thing over and over, then your predictability and stagnation can become a problem — it makes you vulnerable and replaceable.

The best way to make friends with technology is, again, to recognize you’re the creator and it’s the tool. So, for example, recognize where you’re doing repetitive, mundane work and use AI tools to take that busy work off your hands. That frees up the space for you to grow in areas where your unique talents are most needed.

For example, I use an email client called Superhuman to be smarter about my correspondence. I’m a data geek, so I’ve analyzed this. I can easily write a couple of hundred emails a day. And I spend an average of :30 seconds reading and responding to a single email in my inbox, which receives hundreds of emails a day. Multiply that out, and at a minimum, you have around 5,200 minutes/year spent on email — roughly 87 hours, or more than two full work weeks. I use that time to focus on creating things that can’t easily be automated.

The keyboard-driven interface and shortcuts help me shred through my inbox and cut down on repetitive tasks, wasted mouse /hand movements, and expelled energy.

As for other AI tools I’ve experimented with, I have to say Jarvis.ai, which creates content for websites, blogs, and social media, has some interesting things going on. What I find most fascinating are a couple of factoids from the explainer video:

“Since Jarvis has read about 10% of the internet, it knows all about your niche.”

“It is trained by expert marketers to write emotional, persuasive copy.”

You know what? You can also make sure you’re reading all about what’s happening in your niche. And, because you’re not a program trained by people, but a person who could potentially train programs (if that were your thing), you can go beyond the confines of what’s online and learn in real life by doing, experiencing, collaborating, and seeking out connections with experts in your field.

Resilience is all about rolling with change and using it to grow stronger. Find ways to work in concert with the things that perhaps initially intimidate you. And stop confusing your identity with your vocation — in our world of continuous disruption, the last thing you should do is cling to something that no longer serves you or anyone else.

Technology isn’t the thing that kills creativity — it unlocks things. Do yourself a favor and check out things like Google’s Tiltbrush.

Now that you’ve finished this article, do you see scary things that will replace you? Or new tools that will enhance you? What makes you extinct — and what keeps you essential?

Learn the difference, and you’re singing a way different tune than the Luddites. And that’s music to my ears.

Everything Busy Entrepreneurs Need to Know About the Blockchain